First off, the support act was Joan Jett and the Balckhearts.  Enough said.  I could have left the gig happy after that.  A stellar performance from the Queen of rock 'n' roll.  Proving that she is still on top form she delivers a 40 minute set featuring all the classics like, 'I love rock 'n' roll' to more recent songs.  As she strutted her black jumpsuit clad stuff across the stage I stood in awe at this legend and smiled to myself thinking, "it can't get any better than this". 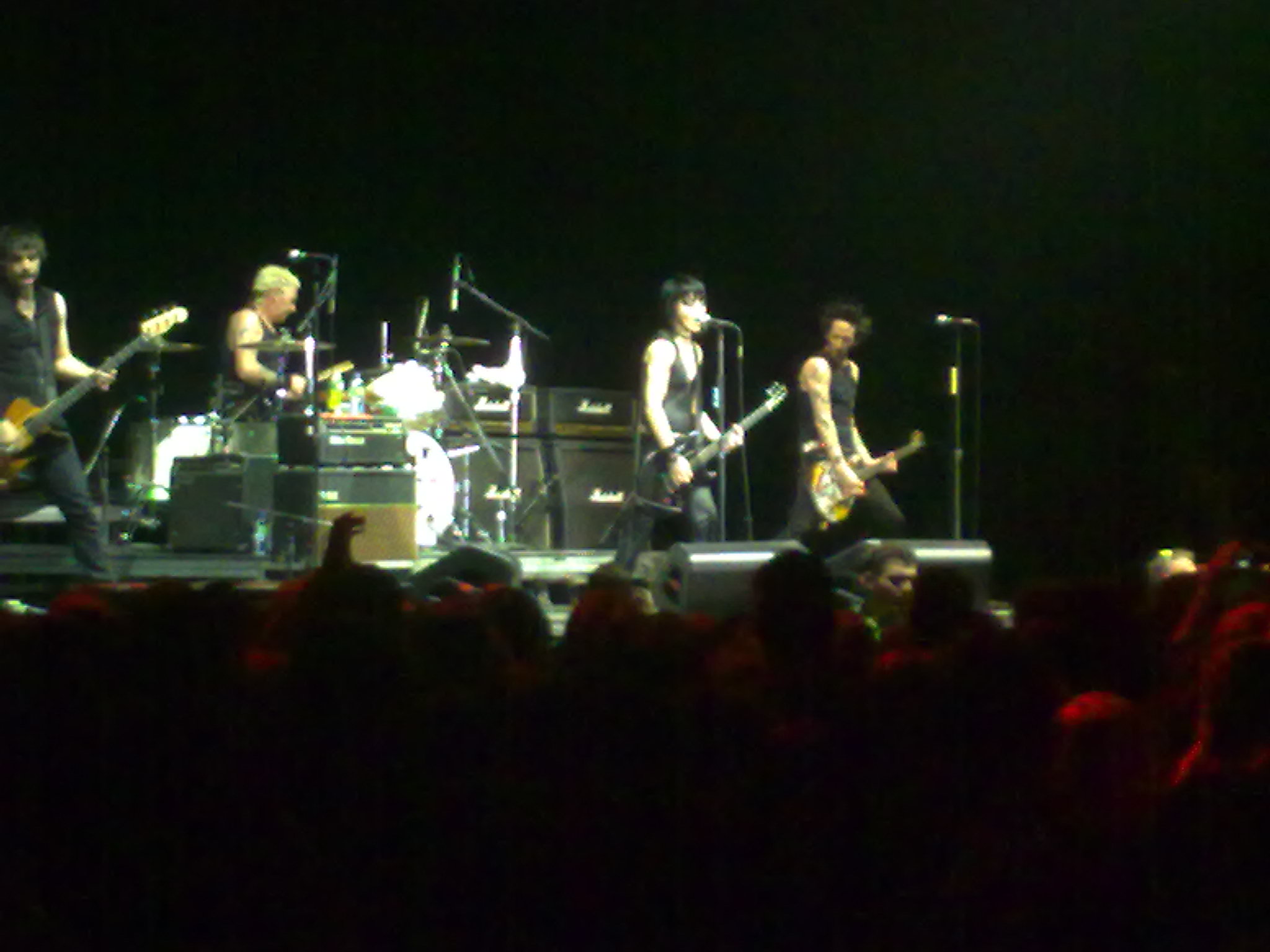 Then Green Day came on.

This is now the third time I have seen Green Day play and can I just say, they get better each time. They put on another high octane show full of all the banter we've come to expect from Billie Joe and the boys.  Kicking off the night with the first song off the latest album, the song with the same name, '21st century Breakdown' followed by more off the latest album and American Idiot.  'Know Your Enemy', 'Holiday', 'The Static Age', 'Give Me Novacaine', 'Are We The Waiting', 'St Jimmy' and 'Boulevard of Broken Dreams'.

Then the guitar changes and we all know whats happening now.  Back to the 'old school' Green Day with, 'Nice Guys Finish Last', 'Burnout', 'Coming Clean', 'Geek Stink Breath', 'Hitchin' A Ride', 'Welcome to Paradise', 'Brain Stew', 'Jaded', 'Basket Case' and 'She'.  A few covers are plyed, 'Paradise City'(Guns 'n' Roses), 'Iron Man'(Black Sabbath) and 'Highway to Hell'(AC/DC).  Then the now infamous part of any Green Day concert, the time for 'Longview'.  He pulls up someone who knows the words and hands the mic over.  A young guy gets up and boy was his whole heart and soul in it.  He sang his heart out jumping all over the stage before doing a stage dive off the extended walkway with the entire crowd behind him, cheering him along.  Classic!

'King For A Day' sees everyone on stage in their fancy dress get up with the song now famously morphing into 'Shout'.  Tre and Mike take turns at the song while Billie Joe in turn, plays both the drums and then the bass.  As the song slows and BillieJoe lies on the stage he starts a megamix of about ten random songs including, 'Teenage Kicks', 'I can't get no Satisfaction', 'Why does it always rain on me' and 'Hey Jude'.  They finish on '21 Guns' and 'Minority' before performing two encores.  In the first encore they play 'American Idiot' and 'Jesus of Suburbia' and the second encore is the acoustic set where they play, 'When It's Time', 'Wake Me Up When September Ends' and end of a high with 'Good Riddance (Time of your Life)'.

This band just get better and better and I hope to see them again in the future promoting their next album. 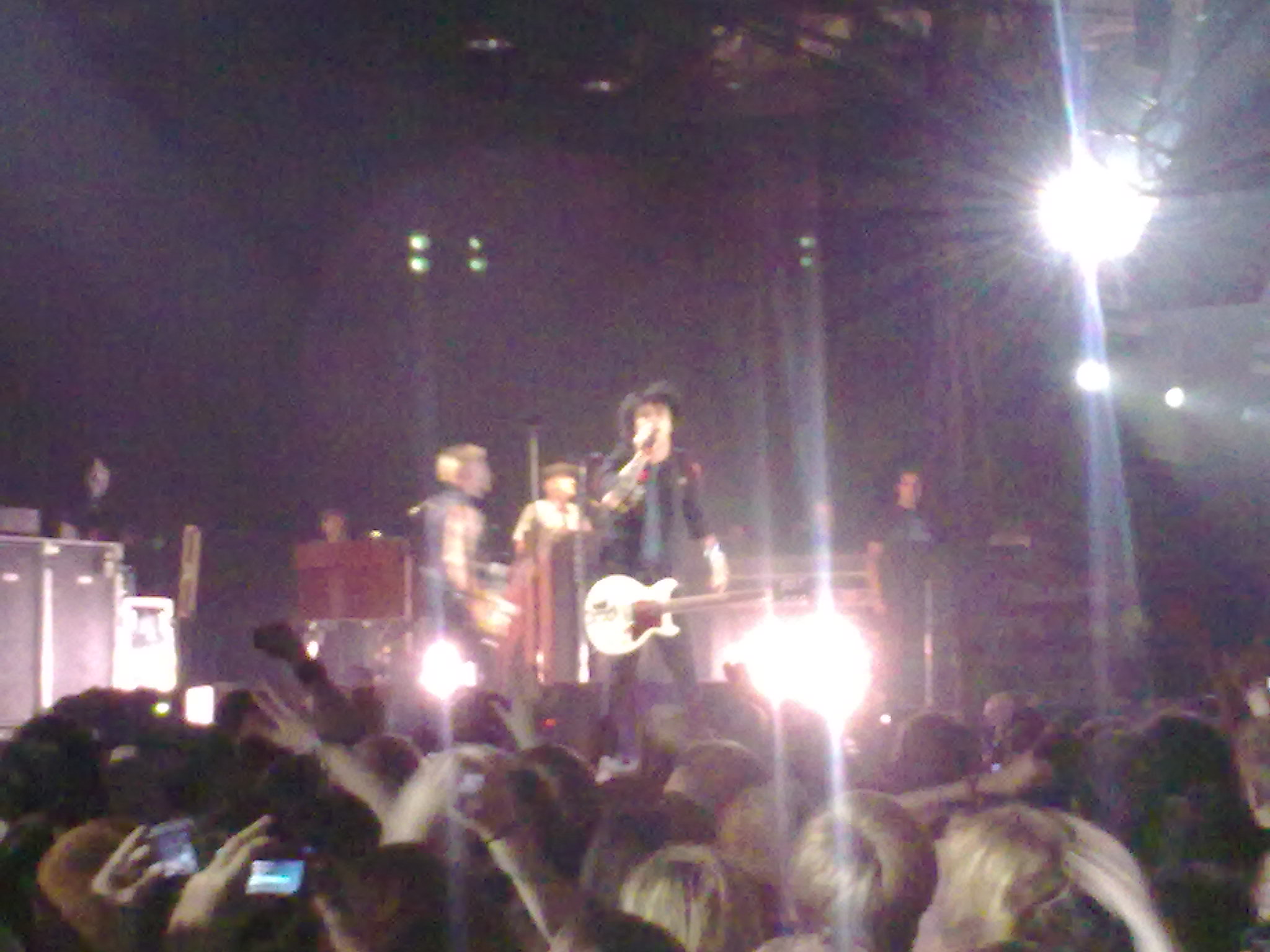 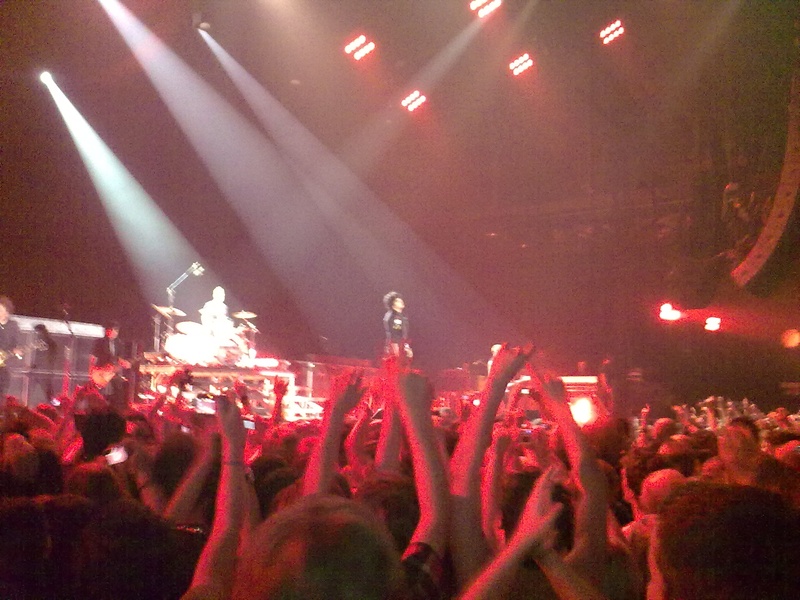 Photos and videos to come soon.