Brown Bear and the Bandits

Arrived just before 9pm after a quick bite to eat at KFC (I was hungry). We were sat at the opposite table from the band.  Nice gig venue, very intimate with a good, relaxed atmosphere. It was the first time I'd been to Bar Bloc, I'll definitely be back, they have a bottle of beer called Desperados - tequila flavoured beer.  Awesome.

The first up was a young and supremely talented singer/ acoustic guitar player called Sidonie McKenna.  She had a sort of guitar playing technique the likes of John Butler from the The John Butler Trio and Andy McKee.  Next on was another solo singer/ acoustic guitar player callled Dol Eoin who sang in both Scottish Gaelic and English.  I have to say he was fantastic, he had the entire bar in the palm of his guitar strumming hand.  One of his songs was about the death of Gaelic if Gaelic were a man and he was at his funeral - this was one of his dreams - sung in Gaelic.  Brilliant.

Brown Bear and the Bandits were a flurry of fire and enthusiasm with foot stomping tunes that quite literally shook the bar.  You couldn't help but stamp your feet and clap along with everyone else as you listened to these three talented Ayrshire musicians.  You could here the Celtic influences in thier unique blend of folk and pop adding up to make this set the energetic one it was.  With Kay McLaren banging the Cajon box, Matt Hickman on guitars and vocals and probably one of the hardest working bass players I've seen, Stuart McArthur.

This was a great gig and I'm sorry I missed their next few gigs at Ayr Town Hall and Harleys.  Check out their facebook for more info on their upcoming gigs and have a listen to their music. http://www.facebook.com/brownbearandthebandits 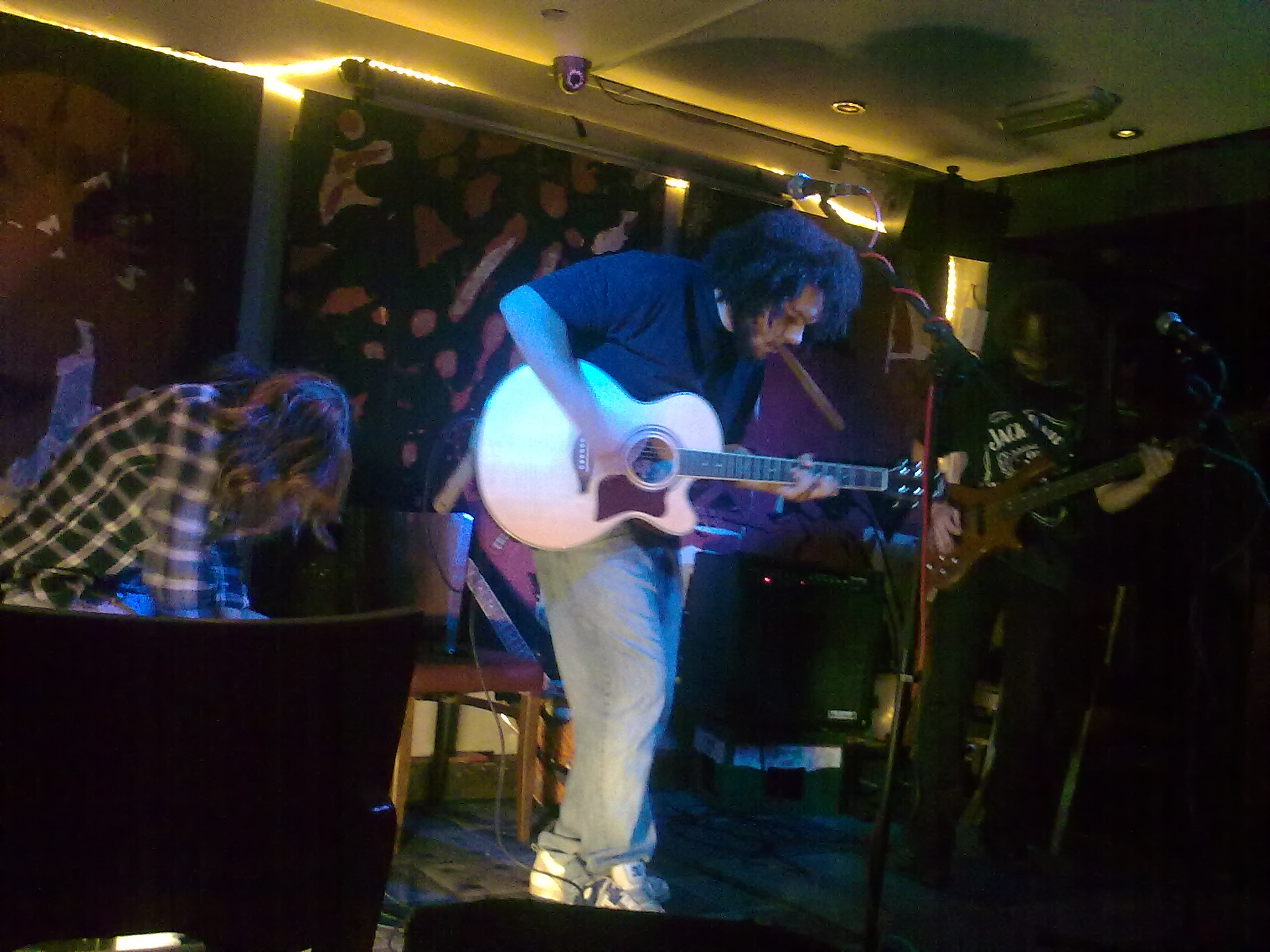